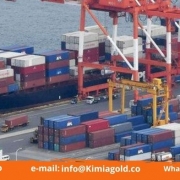 The free trade agreement between Iran and Eurasia is currently temporary and we will implement this agreement with 860 items for one year.

The Interim Free Trade Agreement shows that our continued work on free trade is very positive and there is good space and capacity in this regard, but increasing our exports to Eurasia also faces problems.

The head of the Trade Development Organization added: “The second issue between the two sides, Iran and Eurasia, is financing, which means that both Iranian and Eurasian exporters should be able to use certain credit lines to develop trade.”

The third issue is the harmonization and compliance of our and Eurasia standards in the industrial sector and the plant quarantine sector, plant protection and veterinary medicine, which is being pursued by forming a working group.

Last July, we held a joint working group with the Minister of Trade of Eurasia and analyzed the events, achievements and problems of the Interim Free Trade Agreement since November 26, last year. We decided to prepare for a free trade agreement before November 2010 by examining these problems. According to the rules of procedure between Iran and the Eurasian Economic Community, these negotiations can last up to two years.

Our forecast is that if we implement free trade with the Eurasian countries, the volume of our trade with Eurasia could increase to 4 times the current $ 10 billion in the next 4 to 5 years, of course, a major part of which could be our exports while our imports. It is also the most basic commodity.

Aiming to increase trade with Eurasia means increasing trade with neighboring countries, because three of the five Eurasian countries are neighbors of Iran.

The largest items in which we grew our exports to Eurasia were agricultural products. For example, in the last 8 months, we exported about $ 83 million worth of apples to the Eurasian region, while pistachios, kiwis, raisins, peppers, cucumbers, dates, lettuce, cauliflower. And carpets were major exports to Eurasia.