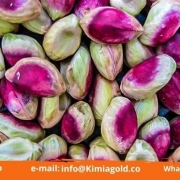 Fresh and dried pistachios are a part of such global product based on Product Complexity Index (PCI). Fortunately, Iranian pistachio products have a large share of the market. The world’s top exporters of pistachios according to 2019 statistics include: USA ($ 1.56 million), Iran ($ 586 million), Hong Kong ($ 303 million), Germany ($ 112 million) and Turkey ($ 52.3 million).

Also, the world’s top exporters of pistachios include Hong Kong with $ 726 million, Germany with $ 359 million, China with $ 241 million, Vietnam with $ 190 million, Belgium and Luxembourg with $ 180 million.

Many standards for agricultural testing emphasize on food quality. For example, aflatoxin level is strictly considered by food standards in Germany and only pistachios with very low levels of aflatoxin are imported.

Therefore, exporters and traders of agricultural and dried products must be aware of the laws and regulations of the destination country, the purpose and standards of importing nuts, and obtain a health certificate for the products according to the procedures of these countries.

Iran is one of the largest pistachio producing countries in the world and pistachio is one of the most valuable agricultural products in Iran. Exporting Iranian pistachios to other countries has a long history and is considered as a traditional Iranian trade.

In recent years, the US exported the pistachio that led to the tight competition between Iran and the US over this lucrative trade, and the US could increase its production to the level of Iran and even more by developing its pistachio fields in California.

In order to maintain Iran’s share in the trade of this product, farmers, traders and organizations should increase the quantity, improve the quality and promote marketing.

The Customs of the Islamic Republic of Iran is ready to provide the necessary facilities for exporting pistachios to destination countries around the world.