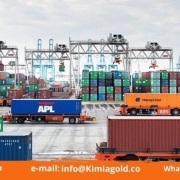 In the first three months of this year, over 3,305 tons of fish worth $ 6979322 were imported from 18 countries, with the largest volume of fish imports from Singapore, China and India.

The growing trend of world population has led human society to exploit the potential of protein production on land and meet its needs by using the seas and oceans. The limited capacity to produce food on land, sea and ocean has caused human society to pay special attention to aquaculture and increase production per unit area.

Concerning the investments and large capacities in the southern coasts and regions of Iran, especially in the development of shrimp farms in the south and farming of native salmon, whitefish, carp and caviar in the north and the cultivation of aquatic species in different provinces, the international market share can be increased due to the nutritious fishery products.