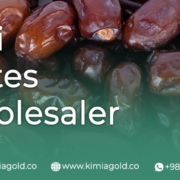 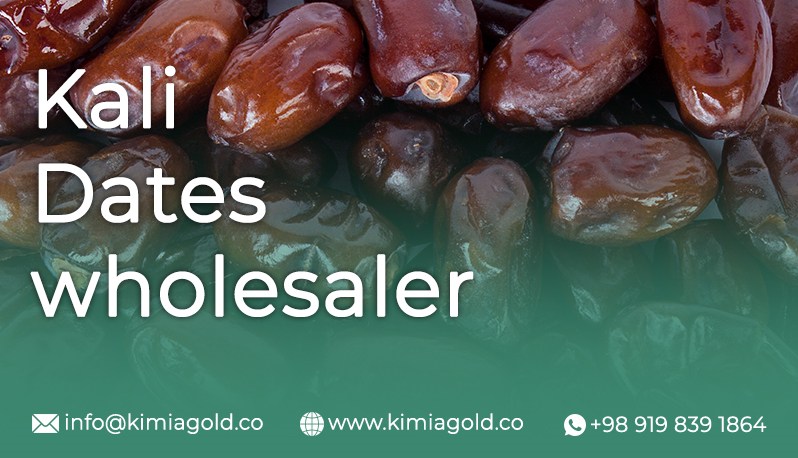 Kali and Mazafati have few similarities. But Kali is comparatively drier.

To store Kali for a long duration of approximately 18 months, they must be stored in proper packaging in temperature between -5° C to +5° C.

The fruit is red at first and turns dark brown or black when fully ripe.

Due to the high quality and relatively reasonable price, this date always has a suitable domestic and international market.

One of the best Kalute Dates Wholesaler in the UAE, Iran, Europe, Malaysia , Indonesia , Bangladesh , India and etc. is Kimia Gold Company.

Iran’s ninth export destination in the world is Indonesia. Iran exports to Indonesia was US$786.86 Million during 2018.

Indonesia, a country located in Southeast Asia, consists of seventeen thousands islands, with a population of 270 million people. This country is the fourth-most populous country and it holds the first position in the most Muslim populated country.

As Indonesia is a Muslim populated country, the consumption of dates like Kali goes comparatively high. Kimia Gold Company holding a firm position as the best Kali dates Wholesaler in Indonesia, supplies these dates on high tonnages and standard with luxury packaging to Indonesian importers.

Kimia Gold Company has been regarded as the best and most famous Kali Dates Wholesaler in Indonesia, as it has experience of export all around the world, supplies best services and high wuality Kali dates and takes into consideration of Indonesia’s drastic climate and ships them in reefer containers as needed.

Bangladesh a country located in Southeast Asia, shares land border with India. There is a strong trade relation between India and Bangladesh. You can find Kali dates imported from India to Bangladesh.

Chittagong, the largest seaport, is the second-largest city, handling over $60 billion in annual trade (more than 80 percent of the country’s export-import commerce). Dhaka, the capital and largest city, is the nation’s economic, political and cultural hub. Nearly 26 million Bangladeshis, concentrated mainly in Dhaka and Chattogram, have annual incomes exceeding $12,000, offering a sizable market for Piarom consumption.

Kimia Gold Company as the best Kali Dates Wholesaler in Bangladesh, supplies Kali dates through FOB and CIF to port Chittagong and Mongla.

It is the eighth-most populous country in the world, with 164 million people. 90% of its population is Muslims.

According to Iran and Bangladesh good trade relations, existence of vast Muslim population, Kimia Gold Company has gained a good position as the top Kali Dates Wholesaler in Bangladesh.

These occasions are celebrated with public ceremonies, parades, and rallies by citizens, political speeches, fairs, concerts, and various other public and private events, and many schools and colleges organize fairs, festivals, and concerts. Kali Dates are almost present at every festival and even due to their tastiness and luxurious appearance. Kimia Gold Company as the premier and top Kali dates Wholesaler in Bangladesh, supplies best quality kali dates for these events and festivals.

Considering Bangladesh drastic climate, Kali dates should be taken care of and exported in reefer containers with standard and luxurious packaging. Kimia Gold Company being equipped with a packaging unit, is regarded as the most genuine and famous Kali dates Wholesaler in Bangladesh.

Kali dates wholesaler in the UAE

The UAE has maritime borders in the Persian Gulf with Iran. Iran has exported commodities worth about $1 billion to the UAE during the first three months of this year.

The United Arab Emirates, the UAE, is located in Western Asia. Due to its geographical location, quality transport infrastructure (including the port of Jebel Ali in Dubai) and tax incentives (no direct taxation for all foreign companies), the UAE is considered as key trade center. It’s most populous city of Dubai is a global city and international aviation and maritime trade hub.

Many importers cannot work with Iran directly, hence they travel to Dubai to purchase the desired Kali dates. Kimia Gold Company have made this process easier by having a branch installed in Dubai. Hence Kimia Gold is the best Kali Dates Wholesaler in the UAE, who can transact in other currencies such as US Dollars, Dirhams, Rupees and etc.

Formula One is particularly popular in the United Arab Emirates. The emirate of Dubai is also home to two major golf courses. Event organizers at these festivals serve sweets and dates, especially Kali Dates. Hence the consumption Kali goes really high during this time. Kimia Gold Company as the top Kali Dates Wholesaler in Dubai and the UAE, supplies huge load of Kali dates for these events.

India is the top importer of Kali dates in the whole world. For the record, this year, dates such as Kali, worth Rs.15 crore were consumed during Ramadan in the Kashmir valley alone.

Kimia Gold Company with many years of experience in date business, has been one of the best Kali Dates Wholesalers in India, as it can supply these dates throughout the year. Kimia Gold owns a cold storage located in Bam city which can store dates for approximately 18 months.

With a population of over 32 million, Malaysia is the world’s 43rd-most populous country.

The country is multi-ethnic, multilingual and multi-cultural, which has a significant effect on its politics and economics.

Other cultural influences include the Persian, Arabic, and British cultures.

Kimia Gold Company is an experienced Kali Dates Wholesaler in Malaysia as it is a well-known and famous brand. There is huge consumption of Kali dates by different ethnic groups and religions, which is met by Kimia Gold.

Malaysia has had one of the best economic records in Asia.

Malaysia’s economy in 2014–2015 was one of the most competitive in Asia, ranking 6th in Asia and 20th in the world, higher than countries like Australia, France and South Korea.

Malaysia has a newly industrialized market economy, ranked third-largest in Southeast Asia and 33rd-largest in the world.

It is a founding member of ASEAN, EAS, OIC and a member of APEC, the Commonwealth and the Non-Aligned Movement.

You can refer to Kimia Gold Company as the top Kali Dates Wholesaler in Malaysia considering Malaysia’s date growing market.

The local climate is equatorial and characterized monsoons.

In 2016, Malaysia ranked the fifth position on The World’s Best Retirement Havens while getting in the first place as the best place in Asia to retire. A warm climate combined with a British colonial background makes it easy for foreigners to interact with locals.

Importers prefer to work with Kimia Gold Company to purchase Kali dates as Kimia Gold is a genuine Kali Dates Wholesaler in Malaysia.

In January 2017, Iran and Malaysia are set to pursue a free trade agreement.

Both countries have integrated their banking transactions and also agreed to use local currencies along with Chinese yuan and Japanese yen in their bilateral trade.

Malaysia was Iran’s third export destination and the second exporter of goods to Iran among the nations under review.