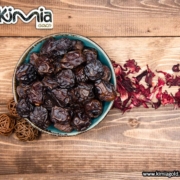 What Do You Know About Lulu Dates?

Lulu date is one of the unique types of Iranian dates. The popularity of this product in the world and its plum-like appearance with its delicious taste and easy storage conditions have made it more popular in the markets in recent years and has received good attention from domestic and foreign consumers. These dates are economical and are classified as semi-dry dates due to their low amount of moisture. This type of date is one of the dates that is widely cultivated in Iran and has been well introduced and sold in foreign markets in recent years.

Lulu dates are as small as Khassui dates and have a small seed. The appearance of this fruit is round, and, as mentioned, it looks like a plum. The flesh of this date is relatively large compared to its seed. The taste of this date is very similar to Piarom dates, but it is more economical than this type of date, and it has an incredibly delicious taste. It has low moisture, and its size is about 1.5 cm. The color of this date is dark brown, light brown or red and has a small seed. The skin of the Lulu dates is thin and has a high degree of stickiness to the fruit.

Lulu Dates Have a High Nutritional Value and Many Medical Benefits

Iranian Lulu dates, like other dates such as Deglet Noor, Shahani dates, Kali dates, have a high nutritional value and are known as one of the primary sources of minerals and vitamins. Lulu date sugar is a type of fructose that is easily consumed in the body. The antioxidant content of Lulu date fruit is very high, and therefore it is considered the enemy of cancer. The presence of various minerals such as iron, magnesium, potassium and calcium in this date has led many nutritionists to introduce it as a complete snack, especially for children. In addition to medical uses, this date has a lot of syrup; its syrup is used to produce a variety of foods with natural and healthy sugar or nourishing drinks and the preparation of date syrup.

What Factors are Effective in Determining the Lulu Dates Price?

The Lulu dates price in international markets varies according to different conditions. Also, different Lulu dates wholesale prices in many global markets are variable and depend on many factors. These factors include the demand for Lulu dates, the largeness and uniformity of the fruit after the production process, packaging and other items. These are all factors that affect the Lulu dates wholesale price. Lulu dates importers pay special attention to the purchase price of this product and are looking to buy Lulu dates at a reasonable and affordable price. To buy Lulu dates, you can tell all the information you want to our sales experts in Kimia Gold Company, one of the well-known Lulu dates manufacturers in the world markets. Our sales expert will introduce your intended Lulu dates according to your needs and desires.

Kimia Gold Company is active in producing Iranian Lulu dates, and Lulu dates wholesale with more than two decades of experience. This Lulu dates company performs dates harvesting, preservation, packaging and supplying by observing the complete principles of the standard and following the standards of Iran and the world. The goal of this Lulu dates manufacturer company is to reduce the Lulu dates price and deliver high-quality dates with suitable packaging to the customer. To buy Lulu dates with the best and highest quality, you can refer to this Lulu date wholesale company. Just tell us what product, how much and where you want to get it? In addition to buying Lulu dates, you can purchase various dates, including Mazafati dates and other types of dates from this company.

Lulu dates are often supplied in bulk and wholesale, which will create a lot of financial savings for Lulu date importers. Lulu date suppliers deliver these products to customers at a low cost. The Lulu dates suppliers offer and export the first-class Lulu dates in various packages and at affordable prices to other countries according to the existing market conditions to increase their profitability and earn foreign currency for the country. Kimia Gold Company, one of the significant Lulu dates suppliers, annually exports a high volume of this product to international markets and supplies it to many countries globally, including European countries, which are the prominent Lulu dates importers. This company has a reasonable price and can even say that it is cheaper than other suppliers due to direct sales and supply.

Iran is one of the most prominent Lulu dates exporters. Exporting this product to international markets has increased in recent years due to the increased production of Lulu dates. Due to the easy storage conditions, Lulu dates can be easily exported. This date type is exported to Arab countries, East Asian countries, and European countries. Lulu dates have achieved a considerable place in other countries due to many features such as principled packaging and high product quality. Kimia Gold Company, the Lulu dates exporter, exports Iranian Lulu dates to many countries. In addition, this company exports Lulu dates and exports various dates, including Zahedi dates, Iraqi Zahedi dates and other types of dates.

Kimia Gold Company, a Lulu dates manufacturer, proceeds to harvest all types of desirable dates, including Shahani dates, Pitted dates, etc., with the highest quality and in modern packaging according to the needs of its domestic and foreign customers during the year and during the harvest time. So that to meet the needs of domestic markets and export, the Lulu dates importers throughout the year. This type of date is selected from the best kind of dates in different weights in bulk packaging and after many tests and prepared and supplied in suitable and completely hygienic packaging. If you want to buy Lulu dates with high quality, you can contact this Lulu date company’s email and WhatsApp number and register your order.