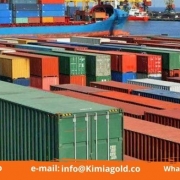 The coronavirus COVID-19 pandemic is the defining global health crisis of our time. The economic crisis unleashed by the outbreak of COVID-19 is hurting international trade, even Germany and the United States, as the world capitals of exports and trade.

According to Jam News, the economic consequences of the global Coronavirus outbreak as the worst crisis of the 21st century have challenged many countries in the world, even countries with stable and powerful economies such as the United States and Germany. The crisis is more severe than the financial crisis of 2008 and 2009, and its global economic consequences are even more serious.

In order to better understand the impact of the Covid-19 crisis on the world economy, the countries with prosperous economies should be considered, such as Germany and the United States, which have great financial resources. These two countries have injected hundreds of billions of euros into the arteries of their economies to control the consequences of the Coronavirus outbreak.

The United States is currently facing a widespread outbreak of the Coronavirus. The 4350000 registered cases of the Coronavirus and more than 150,000 victims are shocking statistics that have undoubtedly affected the country’s economy.

The black picture of the US economy is presented by Jerome Powell, the chair of the US Federal Reserve who has confirmed the economic experts’ opinion and analysts on the scope of the Corona crisis, saying that the crisis is more acute than the 2008 US financial crisis.

On Wednesday (July 29, 2020), Powell warned about the consequences of the crisis in the US economy, saying that if the coronavirus is controlled, the US economy will be re-stabilized.

In addition, US economic analysts believe that the US economic growth rate decreased by about 30 to 40% in the second quarter of this year compared to the first quarter.

In other words, the US economy decreased 9 to 12% in the second quarter. According to Jerome Powell, this is the lowest American economic growth throughout its history.

The US government and the Congress have injected about $ 3 billion into the US economy since the onset of the Corona crisis, which is over 10% of the country’s GDP.

According to Deutsche Welle, the German economy is also facing a severe crisis. Published statistics and information on the Germany’s economics show a sharp decline in the country’s economic growth rate. The German economy in the second quarter of this year faced a decline in the growth of more than 10%, which is unprecedented in post-war German history, especially in the Reunified Germany. Decline in exports is the main cause of Germany’s low economic growth rate.

Germany’s economic growth decreased by about 5% during the 2008 financial crisis. Obviously, the crisis caused by the outbreak of the coronavirus has damaged the German economy twice as much as that year’s financial crisis.