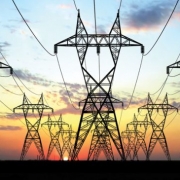 For two consecutive years, the peak demand passed with no blackout.

Now, the first question is that if we can pass the peak load with no blackout under the sanctions?

Confirming the fact, the Ministry of Energy pointed out that 2019 and 2020 programs show that we have gone through the load demand for two consecutive years.

Another question is that can we find a solution for any increase in energy supply?

Ministry of Energy says, “Certainly, yes. According to official statistics, in the last 6 months, 19 industrialized countries have reduced their energy supply by 5 to 25% due to the economic consequences of the Quaid-19 outbreak. However, Iran’s electricity industry has been able to increase the energy supply by 11% in the large industrial sector, 4.5% in the agricultural sector and more than 4% on average, in the light of the Production Leap Movement in 2020.

The third question deals with the export commitments, which have been up to 30% higher than before.

All the electricity demands are satisfied by taking the demand management into account, and we, the same as the previous years, have avoided launching power plants and spending a great deal of national wealth to go through the load peak.

The investment was carried out under the sanction period and we will never reduce the production in different sectors only due to the disruption of electricity supply. This capital will also be used to renovate worn-out equipment.