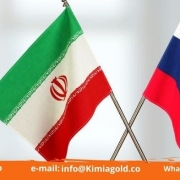 A member of the Iran-Russia Joint Chamber announced the first ship will be launched in September 2020 after opening the permanent container-carrying marine line in the Caspian Sea between Iran and Russia.

According to ISNA, Seyed Jalil Jalalifar, a member of the board of directors of the Iran-Russia Joint Chamber and an advisor to the Anzali Free Zones Corridor Working Group (Special Economic Zone Lotus, Astrakhan, Russia and the Anzali Free Zone, Iran) declared: “the launching of the permanent container-carrying marine line in the Caspian Sea and added: “for many years, there was no increase in Iran’s export index of the agricultural and food products to Russia due to the lack of the container-carrying ships.”

Referring to some of these measures, Jalalifar clarified: “the construction of the Rasht – Caspian Sea Railway and manufacturing the roll-on/roll-off (RORO or ro-ro) ships in the Caspian port in Anzali free zone indicate the full infrastructure readiness of Anzali port as one of the oldest ports in northern Iran.

Also, construction of the Chabahar port railway in order to develop the Makran coasts, extensive cooperation of Ports and Maritime Organization of Iran in the north and south ports, mutual collaboration of the Islamic Republic of Iran Railway in the rail transportation of the transit goods, serious measures of Astrakhan Special Economic Zone (Lotus) and the shipyard located in this region for building the ships with different capacities by construction equipment leasing up to 80% supported by the Russian government for Iranian legal and real applicants are among the ongoing mutual measures of Iran and Russia.”

He added: “Thanks to Lotus Astrakhan Free Zone, the working group has so far succeeded in attracting the attention of large companies from different countries to join this working group. It is also attracting the owners of transit goods from Iraq, India, Pakistan, Afghanistan and the Persian Gulf countries.”

Stating that the owners of transit goods can enjoy appropriate and special discounts for transporting goods through the north-south corridor in proportion to its volume, Jalalifar explained: “The first container-carrying ship line which can transport the reefer containers in this route will be launched in September 2020.”

According to the Joint Working Group of North-South Corridor, two reefer container-carrying ships will be launched in the near future in order to develop the North-South International Transport Corridor.

These two ships are organized to navigate in the main route of the Astrakhan port of Russia and two ports of Anzali free zone (Caspian-Ghazian) as well as other northern ports of Iran and vice versa.

At the request of foreign cargo owners, this liner fleet of the Russian Shipping Company will be able to transport all specialized, sensitive and vulnerable goods from Astrakhan to the northern ports of Iran and to the southern ports of Iran and target countries in the form of the combined transport with the cooperation of Iran’s Post and Shipping Organization and Islamic Republic Of Iran Railways.

The most important advantages of this container line in the Caspian Sea includes receiving the cargo volume from one container, calendrical regular ship journeys between Astrakhan and Anzali port as well as Iran northern ports, fixed tariffs, regardless of market or season among others.

The first journey is scheduled for September 2020.

Announcing that there was no reefer container in the Caspian Sea route, Jalalifar added: “we have planned to attract the domestic investor, too. Also, India and Pakistan, which have trade relationships with Russia are able to travel through this route to transport their goods with the cooperation of Iran’s Post and Shipping Organization and Islamic Republic of Iran Railways.”

Jalalifar, referring to the positive interactions for implementation of this project, explained:” Post and Shipping Organization and Islamic Republic of Iran Railways’ new policies to minimize costs, we will see a competitive market and the shipment of a significant volume of cargo from India, Pakistan and the southern countries to Russia through the north-south corridor.”

Finally, he stated: “for the purchase of reefer containers, the mutual satisfactory arrangements have been made with the private sector in Gilan province, so that, the number of this container will be monthly increased to export the agricultural crops through the Caspian Sea, too.”