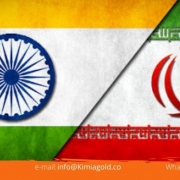 The statistics of the Iran Customs Administration reveal that rice allocates a noticeable volume of Iran’s imports from India to itself. It is a good the Iranians consume in their tables over the years and are familiar with it.

India is one of the countries that have extensive commercial relationships with Iran.

On the other hand, India is to carry out abundant investment for the development of Chabahar port that is supposed to be a rival for Pakistan’s Gwadar port, the Chinese have invested in.

A glance at the export and import statistics illuminates that Iran has commercial exchanges with India in many respects. The statistics of the Iran Customs show that Iran had an exportation amounting to 2 billion and 700 million dollars to India in 2017.

Iranian goods are mostly exported to India through the customs of Asaluyeh, Imam Khomeini port, and Shahid Rajaei port, as well as other customs. Of course, it is worth mentioning that oil incorporates the major volume of Iran’s exports to India; however, it is not included in the statistics of the Iran Customs.

This statistic displays that the gas condensate, chemical materials, oil asphalt, minerals, and iron, along with some edible items such as pistachio, constitute the goods Iran exports to India.

On the other hand, the statistics of Iran Customs indicate that India exported over 2 billion dollars of goods to Iran in 2017. Iran majorly imported these goods from the customs of Shahid Rajaei, the special economic zone of Shahid Rajaei, and Imam Khomeini port, as well as other customs.

The statistics of the customs administration reveal that rice allocates a noticeable volume of Iran’s imports from India to itself. It is a good the Iranians consume in their tables and are familiar with it. Likewise, tea, peanut, and turmeric are of the other main products imported from India to Iran.