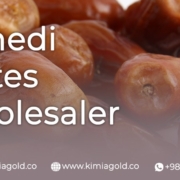 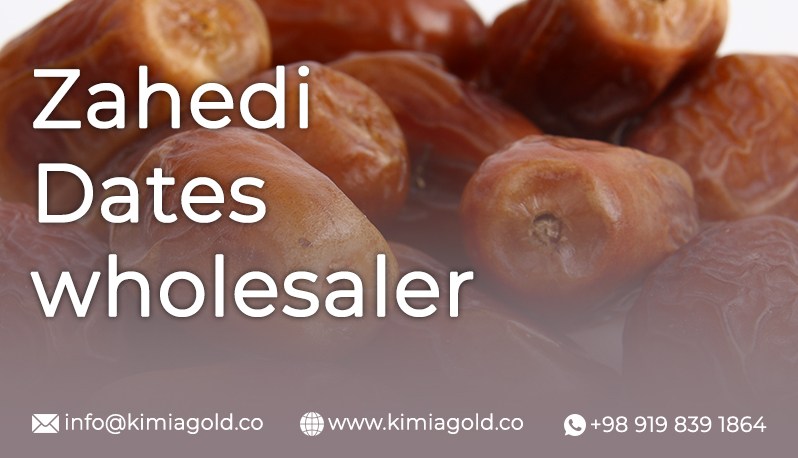 They are considered as semi-dry dates as their moisture content is 14%.

Special care should be taken to store these dates. For a long duration of approximately 18 months, they must be stored in proper packaging in temperature between -5° C to +5° C.

The best type of these dates is light brown to golden in color.

The skin and flesh of Zahedi dates are completely sticking to each other.

The cultivation center of these dates is in Fars, Booshehr and Khuzestan province, located in south of Iran.

These dates are mostly exported to Asian countries such as Afghanistan, Pakistan and India.

These dates are considered as economic dates compared to other dates.

You can name Kimia Gold Company as a premier Zahedi Dates Wholesaler in Iran, India , the UAE, Malaysia, Indonesia , Bangladesh and mainly Europe.

India, the second most populous country in the world, has a population of around 1.3 billion.

Kimia Gold Company, being equipped with a cold storage in Bam, can supply these dates throughout the year to this massive population.

Hence Kimia Gold is the first choice of importers as Zahedi Dates Wholesaler.

Madras (Chennai), the major city of southern India, is a busy port on the southeastern coast. Tuticorin port is the second largest port in Tamil Nadu, fourth-largest container terminal in India.

Dates have a significance in every religion. In Hinduism, it is widely believed that the dates symbolize prosperity, happiness and love. Christians and Muslims too adore the fruit because of its religious significance to them.

Today, Zahedi Dates can be found in almost every home across the country, especially during the festive season.

Realizing the importance of dates and their health benefits, Indian importers put a huge order before harvest time, so that it will be received on time, for festivals, events etc. Kimia Gold Company has a major role as Zahedi Dates Wholesaler in India, who is able to provide these dates throughout the year.

Zahedi Dates Wholesaler in the UAE

The United Arab Emirates, the UAE, a country in Western Asia. Due to its geographical location, quality transport infrastructure (including the port of Jebel Ali in Dubai) and tax incentives (no direct taxation for all foreign companies), the UAE is considered as key trade center.

Many importers travel to Dubai every year to buy the required Zahedi Dates, as they cannot work with Iran directly due to some political issues.

Kimia Gold Company by having a branch installed in Dubai, has become the importers’ magnet for Zahedi Dates Wholesaler in the UAE.

Islam is the official religion.

The estimated population of the UAE in 2020 was 9.89 million, of which 7.8 million were expatriates. Nearly 500,000 Iranians living in the UAE today, mainly in Dubai, which represents nearly 5% of the population. Zahedi dates are favored by many in the UAE and also Dubai. Kimia Gold has made this possible by having a branch in Dubai, hence it is regarded as the sole Zahedi Dates Wholesaler in the UAE.

Formula One is particularly popular in the United Arab Emirates. The emirate of Dubai is also home to two major golf courses. Many importers need different kinds of dates including Zahedi dates, to provide at these festivals and events. Kimia Gold Company, having a branch in Dubai, exports huge tonnage of Zahedi to the UAE. Hence Kimia Gold is regarded as the sole Zahedi Dates Wholesaler in the UAE and in Dubai.

Having 164 million population, Bangladesh is regarded as the eight most populous country in the whole world. It is located in South Asia. Bangladesh shares land border with India. Hence they have strong trade relations, leading to Zahedi dates being available in Bangladesh.

90% of this population is Muslim populated.

These occasions are celebrated with public ceremonies, parades, and rallies by citizens, political speeches, fairs, concerts, and various other public and private events, and many schools and colleges organize fairs, festivals, and concerts. You can find Zahedi dates at almost every event and festival, as it is favored by many people. Kimia Gold Company being the favorable Zahedi Dates Wholesaler in Bangladesh, arranges the timely delivery of Zahedi Dates every year.

Kimia Gold Company has the ability to feed this massive population with Zahedi Dates throughout the year, as it is equipped with a cold storage in Bam city, which can store Zahedi Dates for approximately 18 months or so. Hence Kimia Gold is regarded as the premier Zahedi Dates Wholesaler in Indonesia.

Considering Indonesia’s 260 million date consuming hub, Iran’s good relation and vast trade with Indonesia and the existence of a common religion has made Kimia Gold Company the most recommended Zahedi Dates Wholesaler in Indonesia as it has maintained a good reputation between Indonesian importers by providing best quality Zahedi Dates.

Due to Malaysia’s multi-ethnicity and multi-cultural nature, there are different holy festivals and cultural events. Consumption of Zahedi dates is comparatively high at these events. Kimia Gold Company as an experienced Zahedi Dates Wholesaler, exports these dates in advance for their yearly high consumption.

As Malaysia has a rapid date growing market, importers refer to Kimia Gold Company as the premier Zahedi Dates Wholesaler in Malaysia.

As Zahedi Dates have many health benefits and advantages, Kimia Gold as an experienced Zahedi Dates Wholesaler in Bangladesh, gets huge order for Zahedi dates for the consumption of these retired crowd.

In January 2017, Iran and Malaysia are set to pursue a free trade agreement. Both countries have integrated their banking transactions and also agreed to use local currencies along with Chinese yuan and Japanese yen in their bilateral trade. As of 2015, there are around 5,000 Iranian students in Malaysia, while only 15 Malaysian students in Iran.

A total of 238,152 tons of dates worth $211.64 million were exported from Iran in the last Iranian year (March 2019-20), Kimia Gold Company is one of the well-known and famous Zahedi Dates Wholesaler in Malaysia