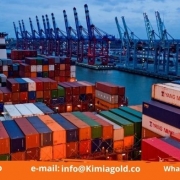 According to the German Statistics Office, Germany’s exports declined 31.1% in April. This is the most disastrous fall in German exports since the data was first recorded in 1950.

The German Federal Statistical Office announced that German exports have been mainly overshadowed by the Coronavirus pandemic and have dropped strongly.

For example, exports of German goods to France, Italy and the United States have dropped 48.3%, 40.1% and 35.8, respectively compared to the last year.

The German Statistics Office also stated that Germany’s exports have dropped with a 21.6% decline.

The last time German imports fell so sharply was during the financial crisis in July 2009 (the Great Depression).