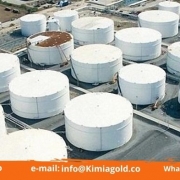 Venezuela’s sanctions, along with the reduction in OPEC Plus production, have led to a serious shortage of heavy oil in the market, thereby increasing the prices and, in some cases, closing the some refineries.

The United States targeted Venezuela’s oil exports last year in order to overthrow the socialist government of Nicolas Maduro, the Venezuelan President, and as a result, Venezuela’s exports have reached to their lowest level for nearly 80 years. However, despite the devastating financial crisis, Maduro remained in control and maintained a small share of Venezuela’s oil exports.

Also, the shortage of this fuel is partly due to the seasonal increase in the consumption of heavy oil derivatives in the Middle East and the fuel oil import during the hot summer months in order to increase electricity production during peak consumption hours. At the same time, India bought fuel oil containing high sulfur, and its imports in January-July tripled compared to the same period last year.

However, OPEC Plus has facilitated its supply constraints and therefore, more oil may be available and therefore, shortage of heavy oil supply will be reduced from half a million barrels to about 100,000 barrels per day by the end of 2020.